Analysis: Can the US Choke Iran’s Radical Islamist Regime?

Analysis: Can the US Choke Iran’s Radical Islamist Regime?

Will U.S. sanctions pressure the ayatollahs to stop Iran’s innumerable abuses, and while they’re at it, to bring to a final conclusion their clandestine nuclear ambitions?

For four decades, the Islamic Republic of Iran has continued to be one of the world’s worst violators of religious freedom. Its cruelty has not only intensified in recent years, but the reach of its hardline ayatollahs has extended well beyond Iran’s borders into the greater Middle East, thanks to an expansionist agenda known as “Exporting the Revolution.”

During a February celebration of the Islamic Republic’s 40th anniversary, Ayatollah Ali Khamenei, Iran’s “Supreme Leader,” declared that the export of the revolution was, in fact, entering “Phase Two.” This was his carefully worded way of saying that the regime will be seeking greater influence and moving more aggressively beyond its borders into states like Iraq, Syria, Yemen, Lebanon and venues beyond the Middle East.

Iran’s nefarious intentions and activities are being closely scrutinized by the Trump administration and have led to crippling sanctions on Iran’s oil exports. And now U.S. waivers – which permitted eight specific countries to purchase Iranian oil despite existing sanctions – will not be renewed in May 2019. The resulting economic crisis is intended to weaken Iran’s radical Islamist regime and, ultimately, end its thinly-veiled nuclear agenda.

“We will continue to apply maximum pressure on the Iranian regime,” U.S. Secretary of State Mike Pompeo announced on April 22, “until its leaders change their destructive behavior, respect the rights of the Iranian people, and return to the negotiating table.”

Iran’s mullahcracy is reportedly in dire financial straits and their proxies, Hezbollah and Hamas, have both complained that their military funding has been slashed. At the same time, the people of Iran are suffering; angry protests about the soaring cost of living have erupted in many Iranian cities.

The Iranian government’s response to the Trump administration’s increased sanctions was predictable: “Iranian Minister of Defense Amir Hatami, who is in Russia to attend Moscow security conference, said the most important security threat in the world is the dangerous behavior of US President Donald Trump….”

At the same time, other questions arise: Will increased economic sanctions make life any easier for Christians, Baha’is and other harshly persecuted people of faith inside Iran? Their plight has recently become better known, thanks both to social media and closer international scrutiny. Reports from religious freedom experts have added their voices to calls for reform, along with expat Iranians who have somehow managed to escape the clutches of the brutal regime.

From bad to worse

It seems that Iran’s abuses have gone from bad to worse.

The U.S. Commission on International Religious Freedom (USCIRF) stated in its 2018 report:

“Christian converts and house church leaders faced increasingly harsh sentencing: many were sentenced to at least 10 years in prison for their religious activities. Religious reformers and dissenters faced prolonged detention and possible execution, while the government’s growing ability to enforce official interpretations of religion online posed new threats to the freedom and safety of Internet users.”

Since 1999, the U.S. Department of State has designated Iran as a “Country of Particular Concern” under the International Religious Freedom Act (IRFA).

In the meantime, Open Doors 2019 World Watch Report once again listed Iran as one of the world’s top 10 worst persecutors of Christians. In late 2018, in one week alone, 114 Christians were arrested, affirming a University of Qom propagandist’s claim that “fighting Evangelical Christianity is one of our core issues.”

The Christians most often persecuted are new converts from Islam. Under Shari’a law – Islamic religious decrees – conversion from Islam is a capital crime. And although that religious injunction is not formally enforced in Iran, it is implemented through such accusations as “acting against the regime,” “threatening national security” and, curiously, “promoting Christian Zionism.”

The latter was explained to me by a former house church leader from Tehran. New converts are often given Bibles – a book most of them have never seen before. After reading the stories of the Exodus, the Patriarchs and the journey to the Promised Land, they begin to understand Israel’s existence as a God-given miracle, and a sense of solidarity with the Jewish people emerges.

Meanwhile, the chant “Death to Israel” no longer represents a declaration of loyalty to the Islamic Republic of Iran. Far from it.

At the same time, Iran’s anti-Israel, anti-American declarations and mistreatment of Christians and other religious minorities are not the full extent of the regime’s bad behavior. Along with its appalling human rights record, having entered Phase Two of its “exported” revolution, Iran continues its escalating military outreach.

In the process, even more, Christians are being abused by the Iranian regime – and now not only in Iran but also in neighboring Iraq.

On Feb. 18 Asia News reported, “There is no peace for Christians in northern Iraq… The epicenter of this new chapter of anti-Christian persecution is Bartella, increasingly draped with banners depicting the militia battles against ISIS as well as saints and sacred figures of the Shia tradition…”

Major Christian towns of Qaraqosh, Bartella and Karamles are now supposedly under the control of the Iraqi army,  but the military force that is actually occupying them, is an Iran-funded Shia militia. In fact, my colleague Michael Pregent, military intelligence analyst at Hudson Institute, reports that it is under the command of Iran’s Quds extraterritorial force and its infamous general, Qasem Soleimani.

The tentacles of the Iranian ayatollahs’ acolytes are coiled around the Christian communities in Iraq’s Nineveh Plains and well beyond, and they are tightening their grip. Flags bearing Shia religious slogans and photos of Supreme Leader Ayatollah Khamenei flutter and sway in plain view.

Tragically, after years of waiting while their homes, churches and streets were being de-mined, repaired and restored, and after finally returning to their homes, Christians are facing increasing pressure to leave yet again.

After his latest trip to Iraq, Fr. Benedict Kiely – a British priest and founder of Nasarean.org, a charity assisting persecuted Christians – told me:

“They are certainly intimidating Christians. The most notorious incident was a shooting at St. George’s Church in Bartella before Christmas. In that case, a pistol was put in the face of the pastor, Fr. Benham Benoka. He has said that the Shia militia are ‘the new ISIS,’ although thankfully, there’s been no killing yet.”

Praying for a breakthrough

So, will President Trump’s financial crackdown weaken the Iranian regime and force them to withdraw from their stealthy encroachment into other countries? One U.S. think tank, Foundation for Defense of Democracies, puts the possibility in stark terms: “Reducing Iran’s exports to zero, or even to less than 500,000 barrels per day, might strike a lethal blow to the regime’s finances.”

Those of us who are concerned about religious freedom in the world – and who particularly pray for those who suffer for their faith under the iron fist of cruel regimes – have good reason to increase our prayers for a breakthrough in Iran.

Perhaps President Trump’s monetary warfare rather than a horrific military bloodbath will strategically weaken Iran’s government. It could very well expose the corrupt clerics’ compromised finances. And maybe – just maybe – it will pressure the ayatollahs to stop Iran’s innumerable abuses, and while they’re at it, to bring to a final conclusion their clandestine nuclear ambitions.

This article first appeared in Religion Unplugged – by Lela Gilbert 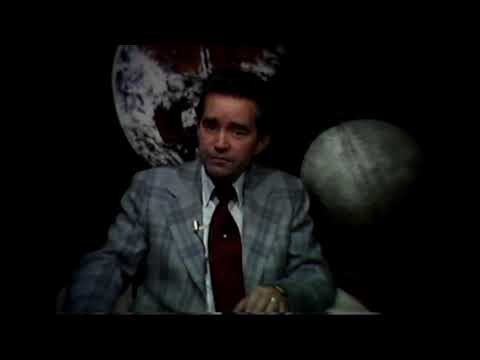 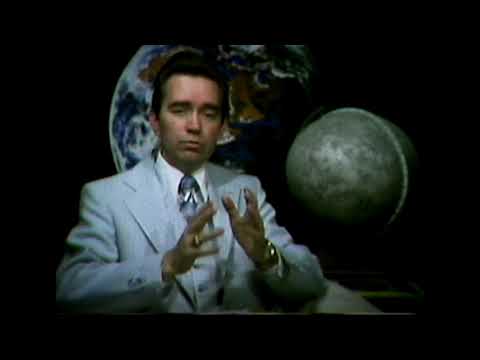